Port-of-Spain, Trinidad: February 11, 2016 – Today, Republic Bank formally welcomed its new Managing Director and President of Republic Financial Holdings Limited (RFHL), Nigel M. Baptiste. Baptiste, who has been a part of the Republic Bank Group for over 24 years, took over from David Dulal-Whiteway who retired from the Bank on February 10.

The new Managing Director and President of RFHL said, “It is a privilege to have been given this opportunity to lead what I believe is an excellent and dedicated team of individuals” adding that he looks forward to working alongside his Executive Management Team and the wider team, toward powering the Republic Group into the future. With Baptiste at the helm, the Bank’s team at Executive Director level, now includes Executive Directors, Derwin Howell, Roopnarine Oumade Singh and Jacqueline Quamina, as well as Robert Le Hunte, Managing Director, HFC Bank (Ghana) and Ian De Souza, Managing Director, Republic Bank (Barbados).

Chairman of RFHL, Ronald F. DeC. Harford, said, “We are delighted to welcome Mr. Baptiste into his new role and look forward to continued success, under his leadership. We also thank Mr. Dulal-Whiteway for his years of service, during which time he has played a significant role in the development of the Group.” 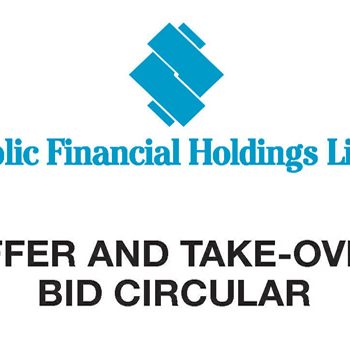